As long as the Republicans are in fear of a former POTUS, the party should not be running any branches of government. The party is compromised. The GOP party is Trump’s useful idiot. #morningjoe

Why do we care about their beliefs? They broke the law. #morningjoe

You get sent home to your mom on $10,000 bail for stealing Speaker Pelosi's laptop and threatening high treason? I steal a pack of Black N Milds, I may not make it to the jail. #morningjoe

A party that will allow a trump...and followers of qanon...into their ranks and vote them into office is not a party that I will ever support. Their actions speak of desperation...real 'end of the world' style wretchedness and defeatism this country doesn't need.

#Protest were all over #Russia for #Navalny so yes #Putin misjudged the people of #Russia. #MorningJoe. 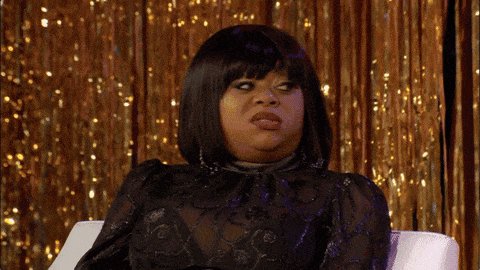 So the Justice Department and the FBI are debating whether everyone who stormed the Capitol should be charged because they don’t want to overwhelm the the courts? That’s the best they could do? #MorningJoe

You know how we got to the Capitol Insurrection? By whiteness always getting a pass. Donald J TRUMP’s killing spree didn’t begin with #COVID19 or #CapitolRiots. Trump also incited Tree of Life Synagogue killing, Heather Heyer & other racist KILLINGs #ImpeachmentTrial2 #MorningJoe 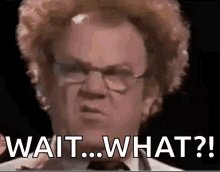 Armed #insurrectionists showed up at our Capitol! If they were Black there would be no hesitation to charge every single one of them. Why the double standard? They committed serious crimes. #ChargeThemAll
#InsurrectionHasConsequences
Send that message!

Care about the law, who cares about 45. #morningjoe

@Morning_Joe #Impeachment Trump at min req as is charges v all domestic terrorists during Capitol insurrection. gd no brainer. Jan 6 is never forget moment in our country and Trump & republican fraud led to it. What will this generation choose #fascism or our republic? #morningjoe

January 6th. Premeditated murder. @POTUS Stop them now unless you want it to happen again. Hold everyone #Accountable. #MorningJoe

Our Long Trumpian Nightmare is Over

Hey look at the bunch of white people on #Morningjoe.

The more things change the more some stay the same huh?

I believe it is important to send a forceful message so that political violence and mayhem displayed on January 6 will not likely be repeated!! #MorningJoe

#morningjoe @anneapplebaum hate to tell you we co-exist with #Trumpsters NOW. Those that invaded the capitol, did not all come from the hills, they ARE our neighbors, co-workers, they hail from military, police, veterans. #Biden start to all americans-all can be done 4NOW

@morningmika @DOJPH @FBI everyone who stepped foot on #Capitol ground on Jan 6th intended on stopping Congress from doing their job. They are guilty of #insurrection & should all be charged w/ crimes against USA. If they were black all 800 would be in jail! #MorningJoe #Sedition

#MorningJoe Millions of people sympathized with the Nazis too. Never heard an argument saying that we should learn to "co-exist". If we are to "co-exist", there will be without doubt another insurrection before the next election. Enough BS arguments about "moving on".

#MorningJoe 2.7 million was given to insurgent planners by Republicans no?

A crime is still a crime, what people “believe” makes no difference to the law. If you soft pedal their crimes, you encourage more. #morningjoe

Our Long Trumpian Nightmare is Over

You know, if a bunch of black people stormed a city hall or a state legislature or the US Capitol - we would find the resources to arrest and prosecute all of them.

I vehemently disagree with what I am hearing this morning from @anneapplebaum. Ask lovers of sedition to get along with the rest of US, specifically AAs they don’t want to be able to vote or live for that matter in America! #morningjoe

Our main focus should be cleaning house. We have elected insurrectionists.
#morningjoe

Reminder: 500 people arrested at a BLM protest in Cincinnati IN ONE DAY. #MorningJoe

And add to that the fact that trump's own people have said this last election was the most fair and transparent in this nation's history. But trump kept lying to his cult followers that it was stolen from him...opening up the cult to creating violence...

Just for the record, I am not taking responsibility for the insurrection at the Capitol. #morningjoe

The R's are not interested in governing. At this point, they're in full "cover your ass" mode and are trying to deflect all over the place to try and avoid responsibility for their seditious conduct.

Do not let them control the narrative. Hold them accountable.
#morningjoe

#MorningJoe What part of fascist do you people not understand? Republicans are a party that do not want democracy!

the moron and the psycho. why in hell does anyone watch the sunday shows. #morningjoe

I need somebody to come on and get in Anne Appelbaum's ass. Black folks are tired of tip toeing around these people. These same types caused the Civil War. They caused the premature end of Reconstruction. 150+ years later we're still being asked to cater to them. #MorningJoe

Another complicit WHITE media figure @anneapplebaum puts out an opted saying we NEED to COEXIST with #DomesticTerrorists and #WhiteSupremacists but we all know if the #Seditionists were BLACK she would be singing another tune! And of course @morningmika agrees #MorningJoe @MSNBC

@Morning_Joe @anneapplebaum If you reach out in hate & anger, you expect to be rejected.
That's easier then reaching out in love & kindness then being rejected.

Yet one leads to a life time of nothing but pain.
The other leads to moments of pain but joy & love as well!
It worth it!

Justice Department, FBI debate not charging some of the Capitol rioters