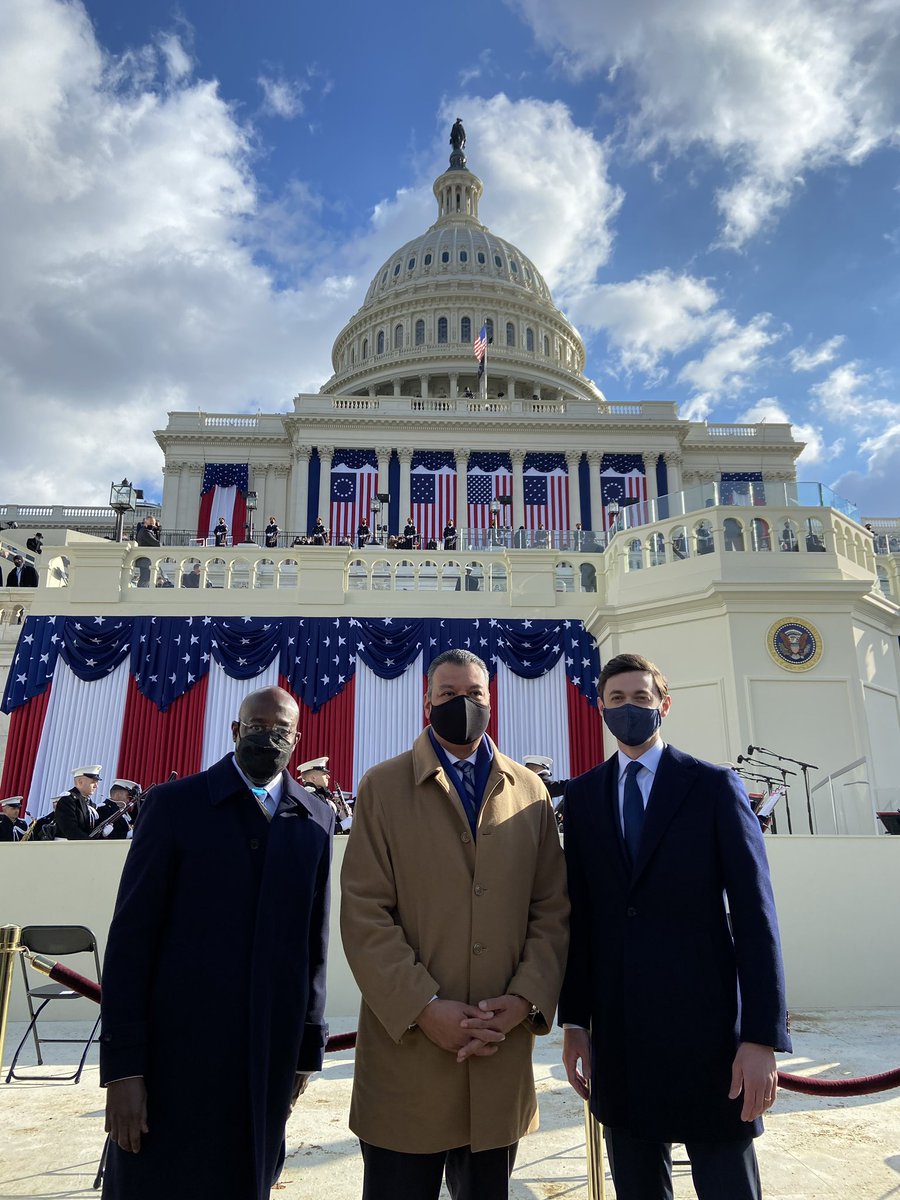 And now, onto today’s OTHER swearings-in...expected around 4:30pm. 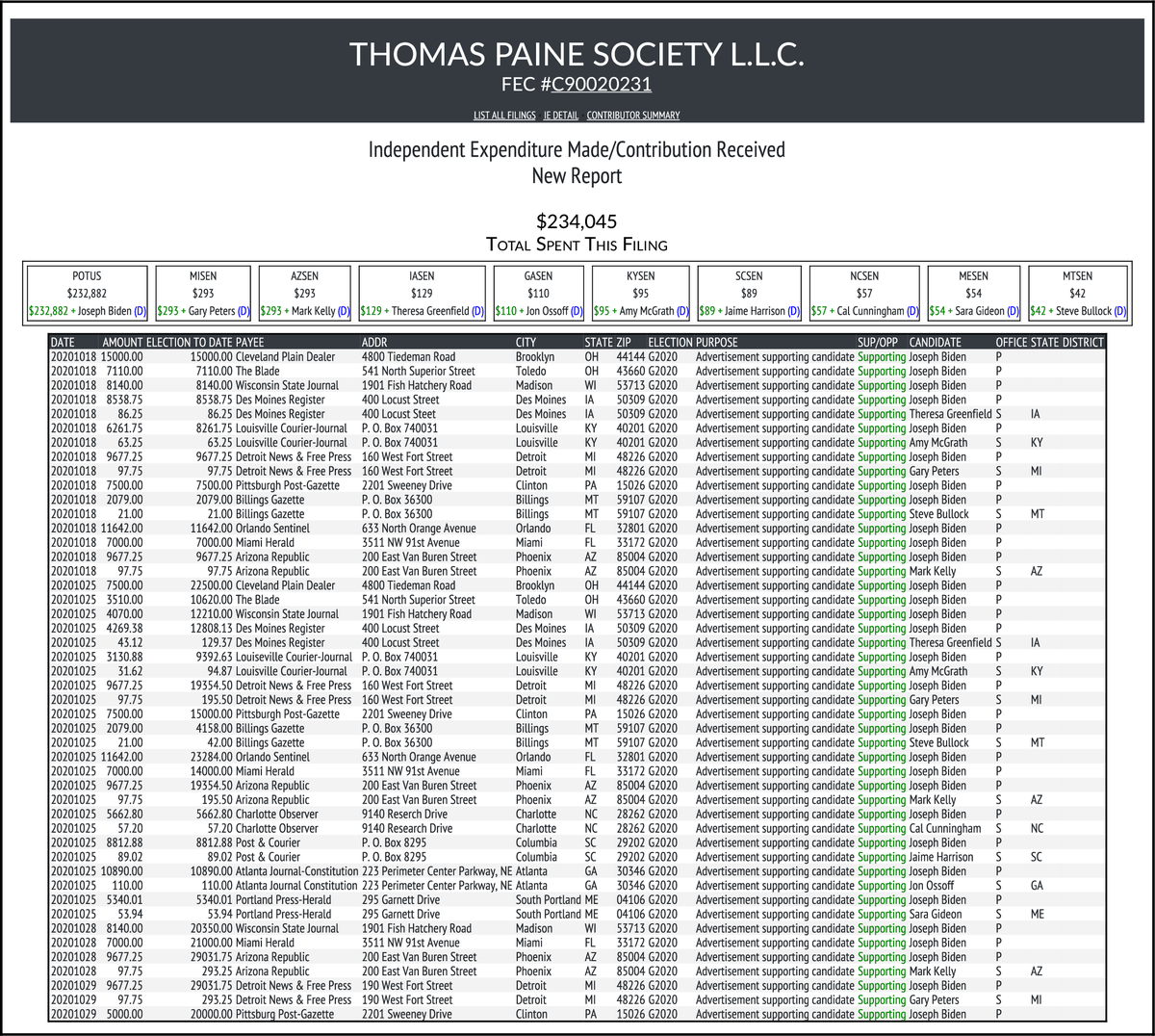 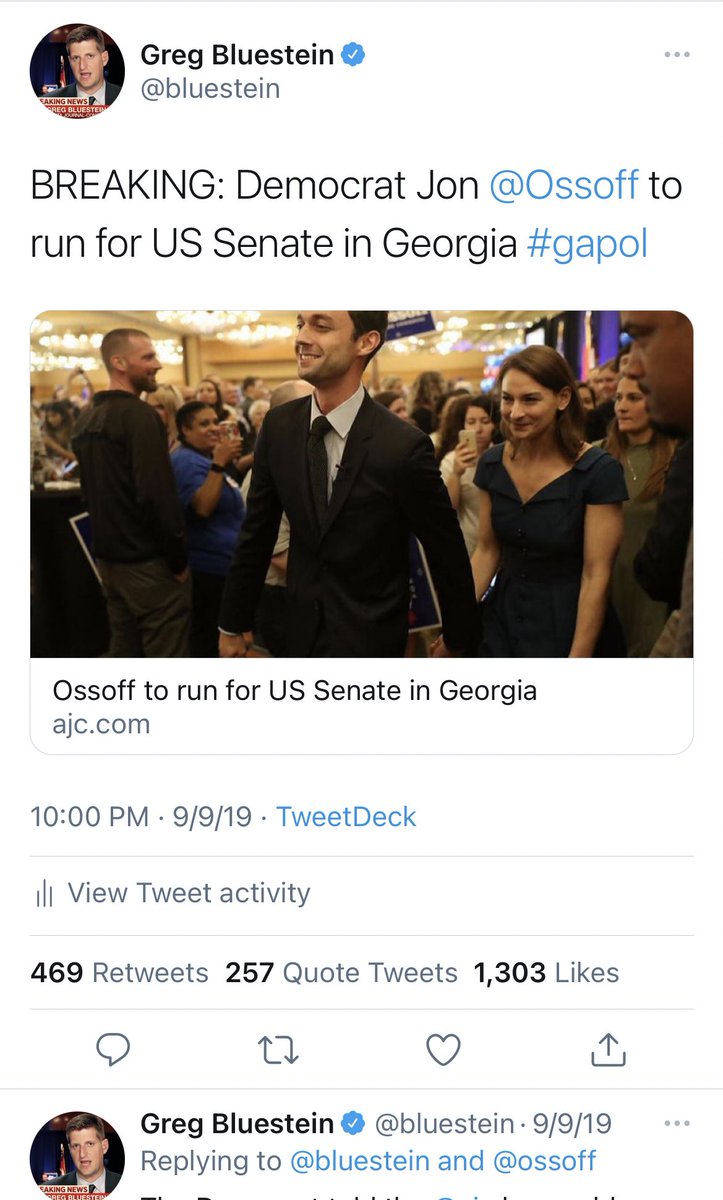 Next up, @ossoff and @ReverendWarnock will be sworn in, cementing Democratic control of the Senate. They’re set to take office around 4:30 this afternoon. 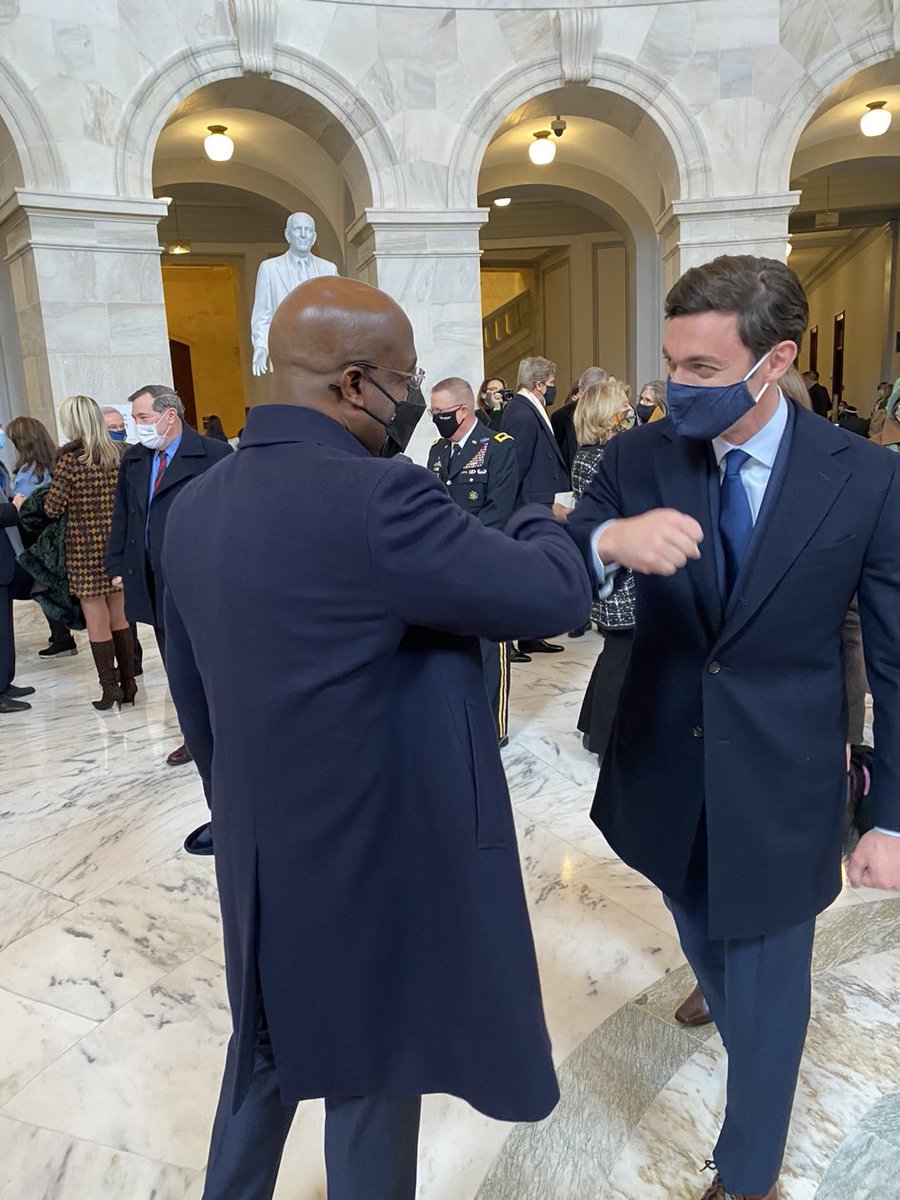 These two men, about to take their oaths in a bit. Live coverage on @cbs46 #gasen #gapol @ReverendWarnock @ossoff

You love to see it. Also, I love how Ossoff's "young" picture is from last week. #GASen

I keep thinking about how crucial those #GASen wins by @ReverendWarnock and @ossoff were to getting us to this moment. 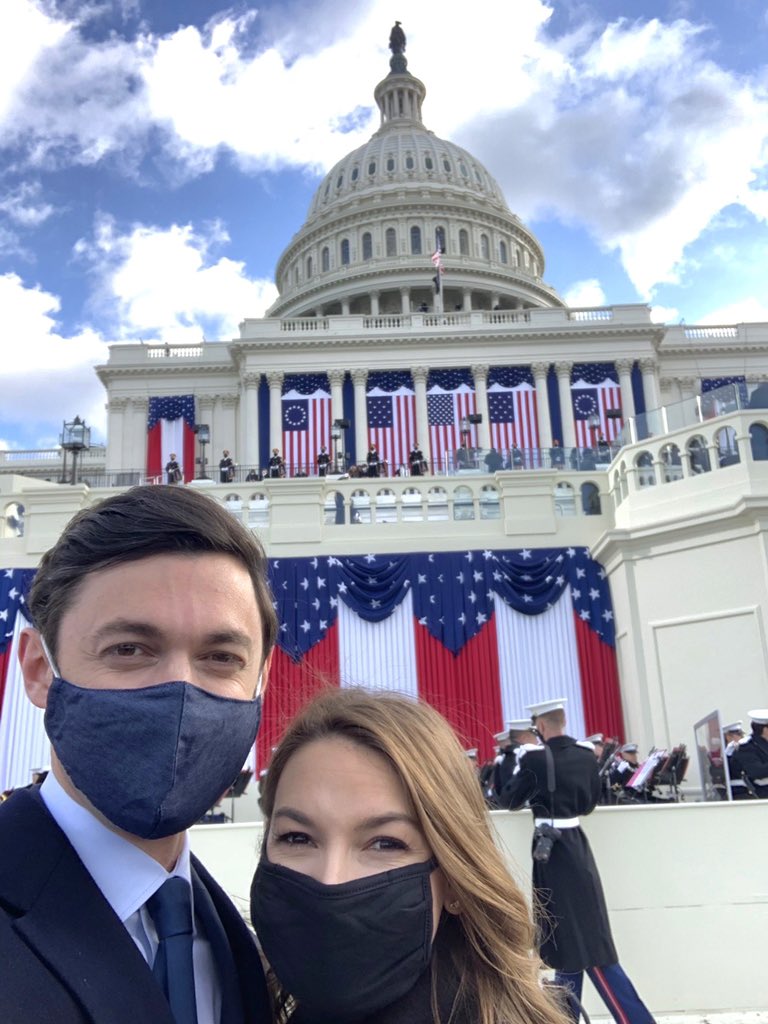 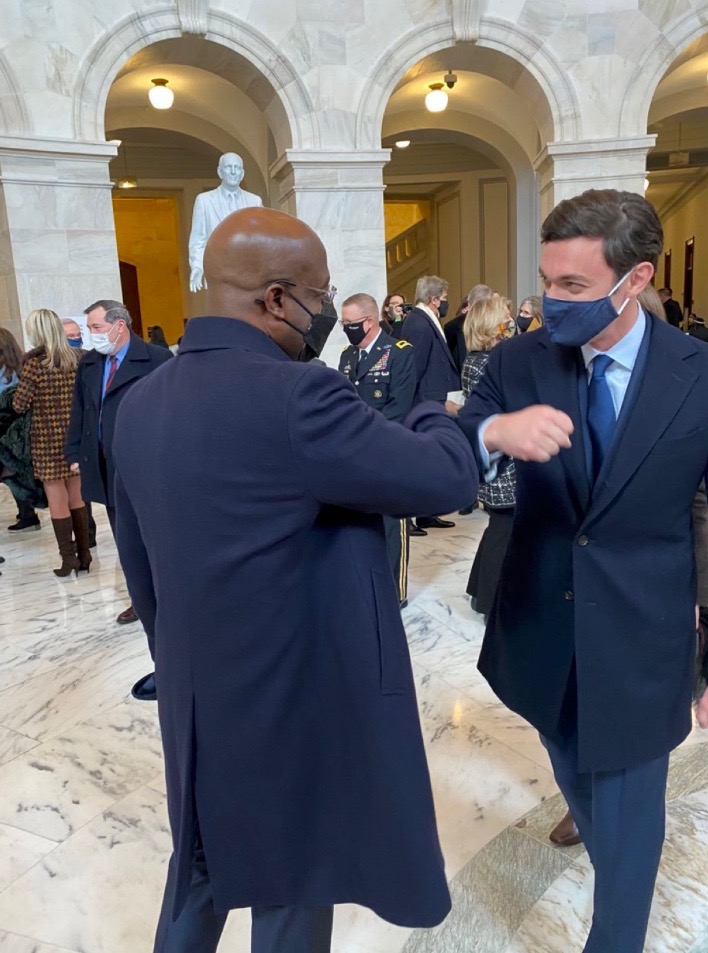 Senators Warnock and Ossoff of Georgia, at the Biden inauguration, this morning:

Both of Georgia's new Democratic senators will be sworn in this afternoon, following Biden's inauguration. #gapol #gasen 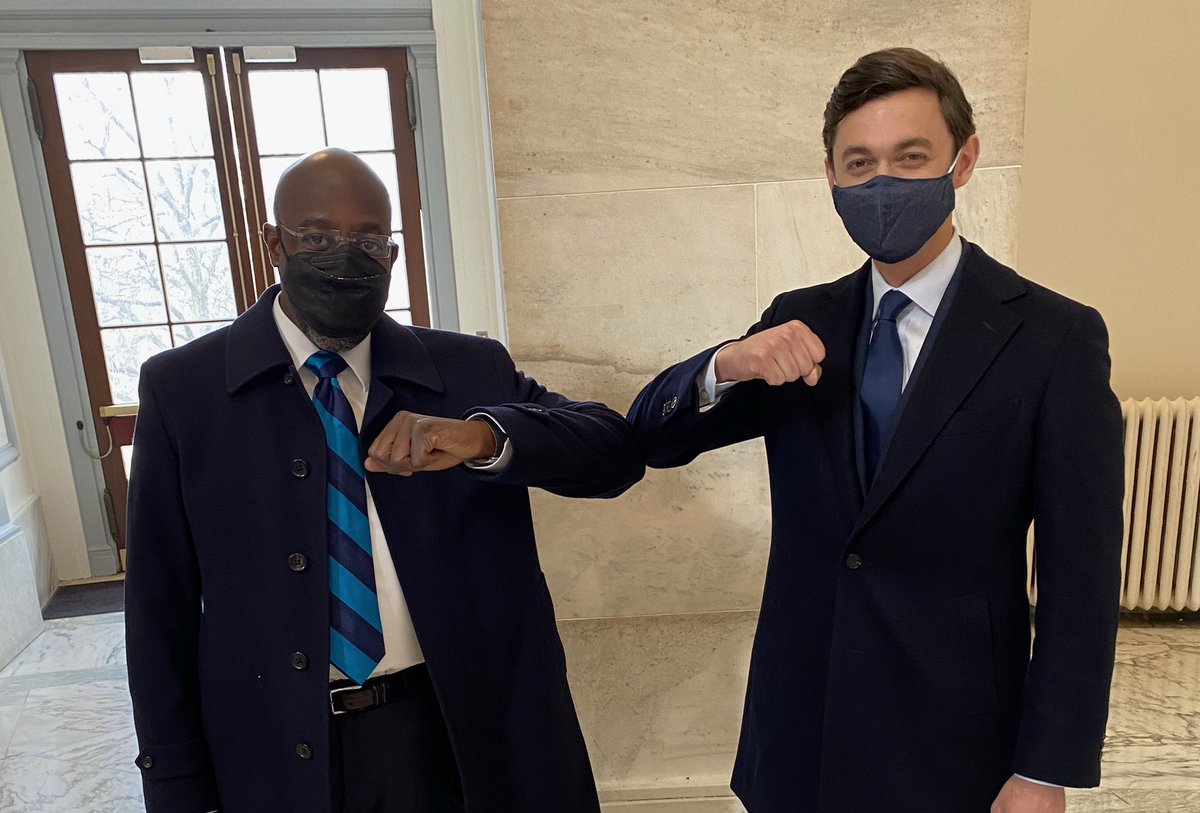 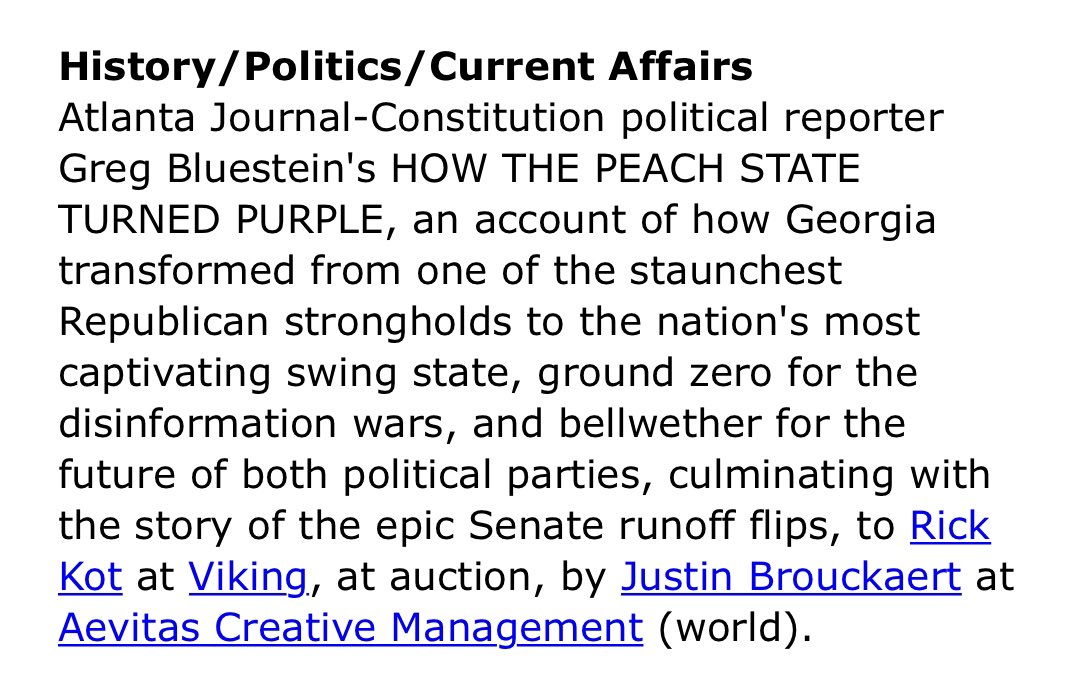 I am thrilled to share the news that I’m writing a book on Georgia’s epic 2020 (and 2021) elections, chronicling the personalities and policies that paved the way to the November flip - and today’s swearing-in of Warnock and Ossoff to the US Senate. #gapol

TODAY: Georgia’s extended 2020 election is set to finally deliver the will of the state’s voters as a new vice president conducts a swearing-in ceremony for U.S. Sens. Rev. Raphael Warnock and Jon Ossoff. #gapol #gasen 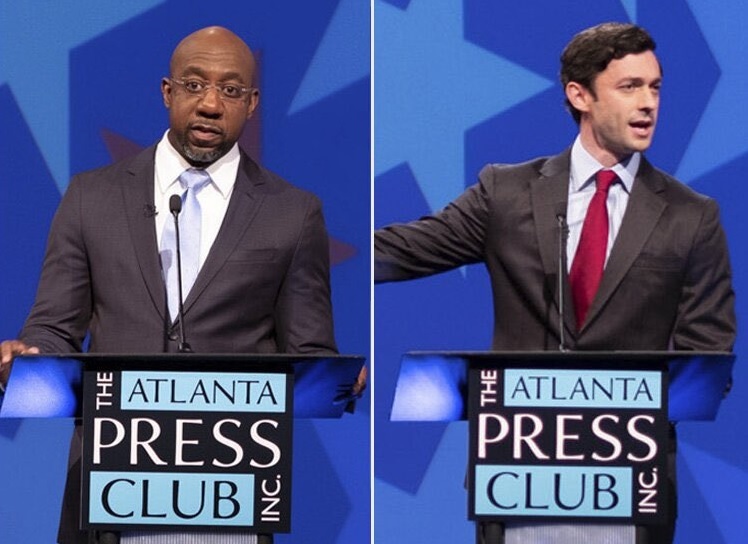 GEORGIA ELECTION UPDATE: Georgia's two new U.S. Senators will be sworn in this afternoon in Washington.

Meanwhile: Atlanta's WNBA team, which is co-owned by outgoing Sen. Kelly Loeffler (R-GA), is on the verge of being sold. Up to five bidders have expressed interest, and Loeffler will have no association with the team once the sale is finalized. #GASen

Maybe for you. I can still be murdered by a cop on my way to get gas today, and that cop would get off. You heard what election officials in Gwinnett are already trying to do, right? Make a move on the protection of voters' rights ASAP, senator-elect. #GApol #GAsen

The fog is lifting.

@ABC Yes God, we are almost done with this horrible #Insurrectionist. #SDNY and the Fulton County GA District Attorney...he’s all yours. #gasen #gapol

An incredible, Senatorial moment between Senator-elect @ReverendWarnock and a member of his team.

Georgia will be lucky to have his leadership and compassion in the Senate!

#GASen: Raphael Warnock and the Solitude of the Black Senator

Thats OK. The voters of Georgia cancelled the Kelly Loeffler show whether she likes it or not #GASen 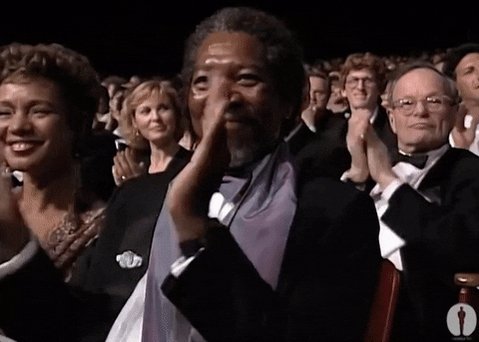 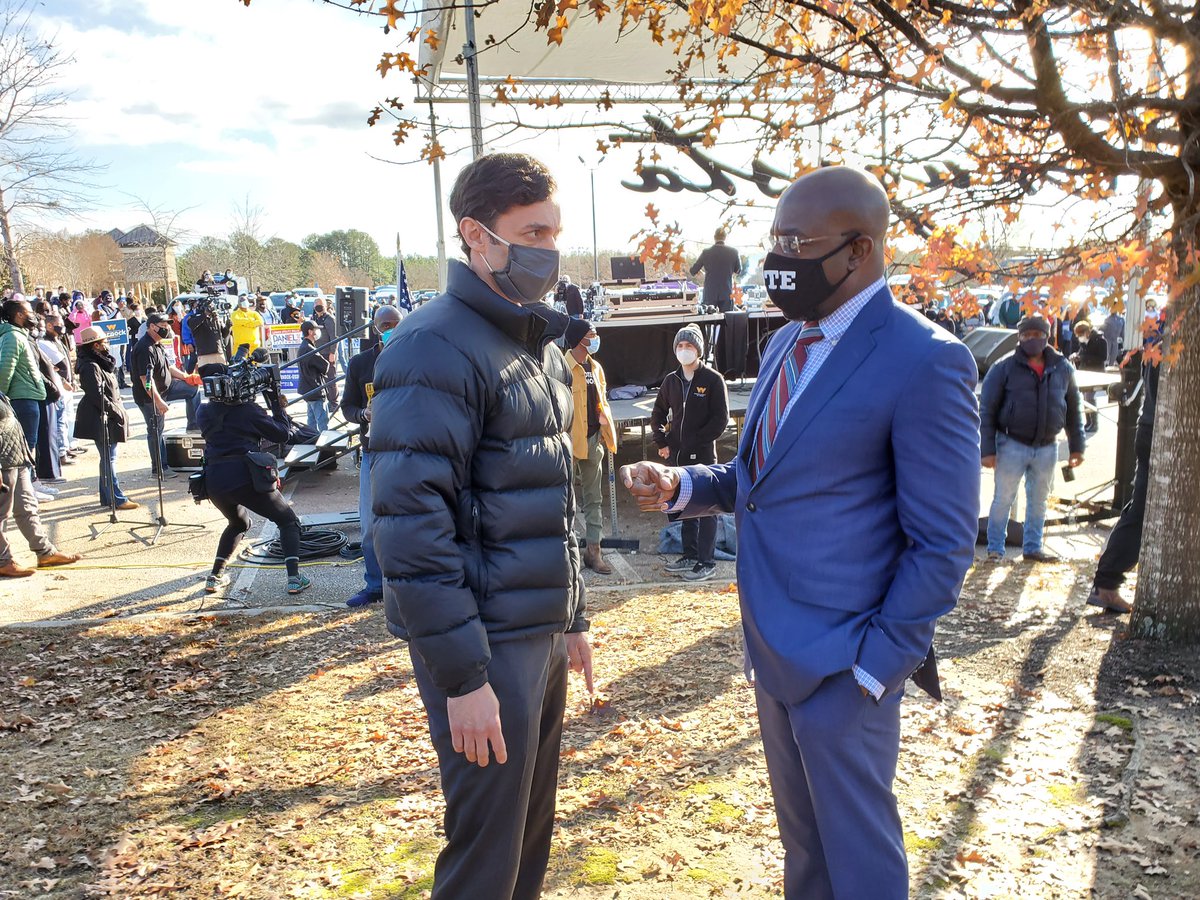 .@ossoff trying to explain how he gets to be the senior senator from Georgia.

Jon Ossoff will be sworn in on a Bible owned by Jacob Rothschild, rabbi of The Temple in Atlanta during the civil rights movement and an outspoken civil rights advocate ⁦@ossoff⁩ #gasen #gapol

#NEWS: Senator-elect Jon @ossoff will be sworn-in to the U.S. Senate tomorrow at roughly 4:30 p.m.

He will be sworn in on Hebrew scripture that belonged to historic Atlanta Rabbi Jacob Rothschild, a civil rights activist and close ally of Dr. King. #GAPol #GASen

@BrendanKeefe I know #JonOssoff will be sworn in on Hebrew scripture that belonged to Atlanta Rabbi Jacob Rothschild & be escorted by Cory Booker. However, what Bible will #RaphaelWarnock use and who will escort him? #GAPol #GASen

I know #JonOssoff will be sworn in on Hebrew scripture that belonged to historic Atlanta Rabbi Jacob Rothschild & escorted by Cory Booker. However, what Bible will #RaphaelWarnock use and who is escorting him? #GAPol #GASen 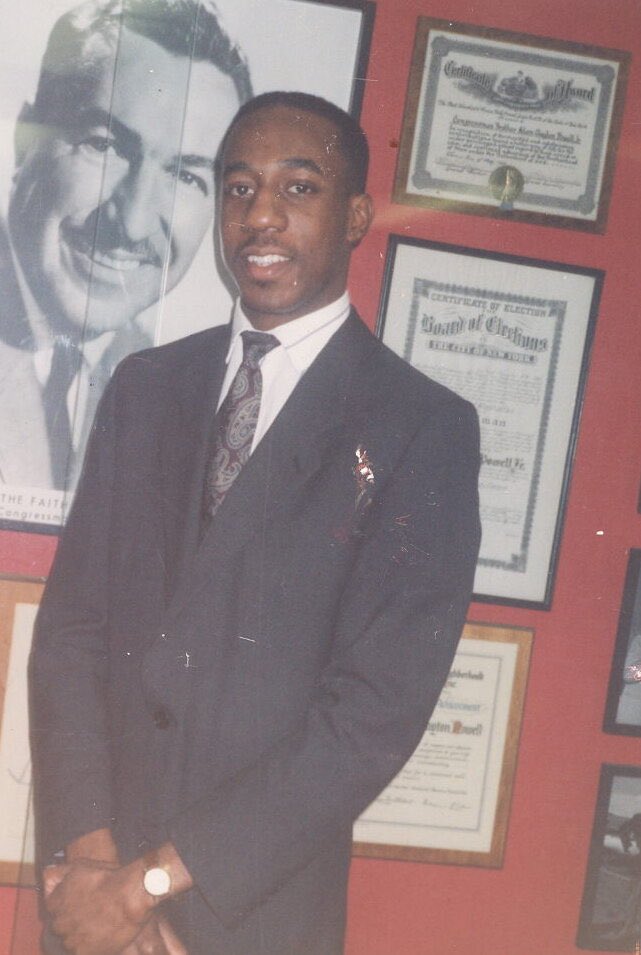 These will be Georgia's U.S. Senators starting tomorrow. #GASen 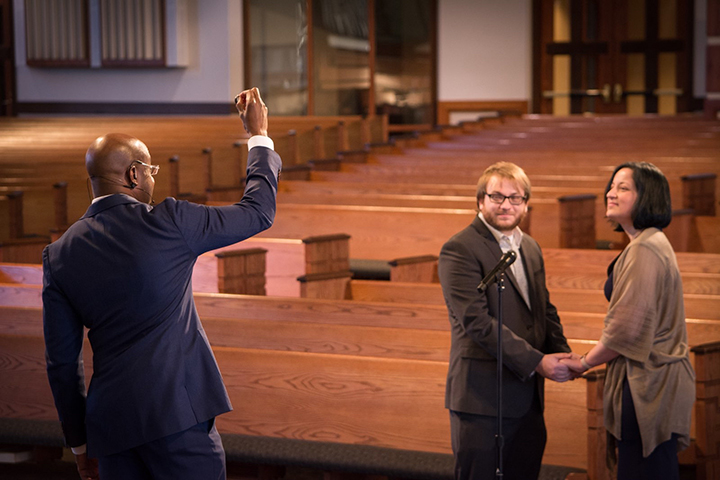 While providing operational support and compliance services in Georgia, Sam Johnson was married (to his now wife!) by Reverend and Senator-elect Raphael Warnock.

🚨BREAKING: Georgia Secretary of State certifies the 2020 US Senate elections, paving the way for @ossoff and @ReverendWarnock to be sworn in tomorrow.

Kelly Loeffler, a near-billionaire in her final Senate speech, attacks "elites" and the media. "I refuse to be intimidated by the cancel culture."