We CANNOT forget about this.

We CANNOT take our foot off the gas.

We MUST keep pressure on the R’s.

If you’re in a red state, your voice is critical.

@SenRickScott @ABlinken @StateDept How are you feeling about being a fair and impartial juror? #takeitseriously #ImpeachmentDay #DomesticTerrorism isn’t negotiable. You need to read the #Constitution and your oath to it

Watching the impeachment trial on C-SPAN. If you think about it, the fact that 100 of our elected leaders are wearing masks 14 months after a virus first entered our country should tell you everything you need to know about who's in charge and what the agenda is. #impeachment 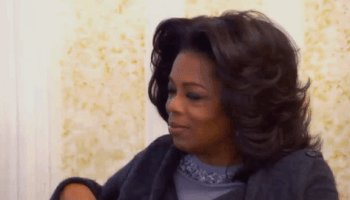 Republican Senators should fight with all their might to protect Trump over America and make the president Above The Law.
Trump is all powerful and will reward you greatly.
#ImpeachmentDay

My advice to @SenSchumer is to give up the cheesecakes for the next 2 years and bring a legislative baseball bat to the senate floor.
#ImpeachAndConvict
#ImpeachmentDay

So who's the first use a static overhead shot to do the swipe dissolve between the impeachment proceedings now (3:00EST) and jan 6 with those traitors on the same floor? It's right there, people. I don't have the software.
#TrumpsLastDay #TrumpTreason #impeachment #ImpeachmentDay

Charged as firmer official according to USA laws.😎 #ImpeachmentDay

Hah @RandPaul was just told to sit down. DENIED. #ImpeachmentDay

This cannot be shared enough. #ImpeachmentDay needs to read this evidence.

is watching @cheddar on @roku #ImpeachmentDay

We all know Rand Paul isn’t a Doctor which he actually went to school for but he isn’t a lawyer or a legislator which he clearly has never even bothered to study. #ImpeachmentDay 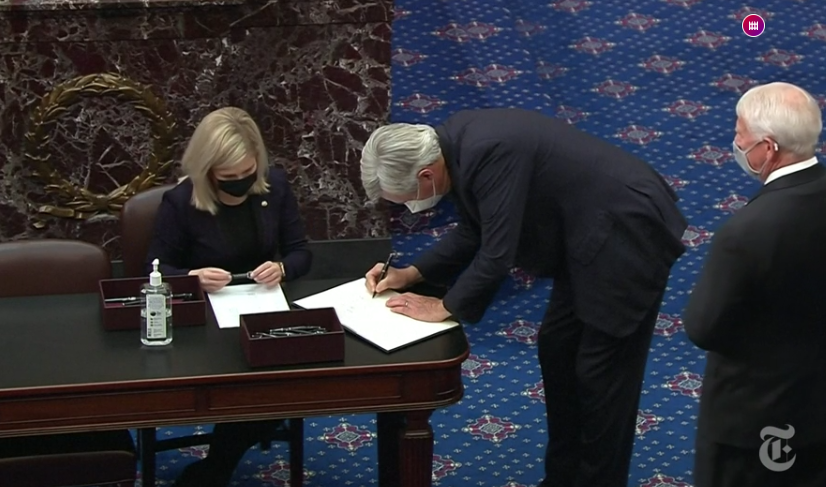 Interesting how almost every senator laid the nonsigning hand on the same spot on the same page to sign with the other hand, after having been given a separate pen to avoid, I presume, spreading germs. #ImpeachmentDay

@CNNPolitics #ImpeachmentDay Republicans who don't want to impeach Trump are hypocrits no to be trusted, they impeached Bill Clinton for a private matter but don't want to do it for an insurrection? So private is more than trying a coup d'état?

Is #randpaul the only one without a mask ? #ImpeachmentDay 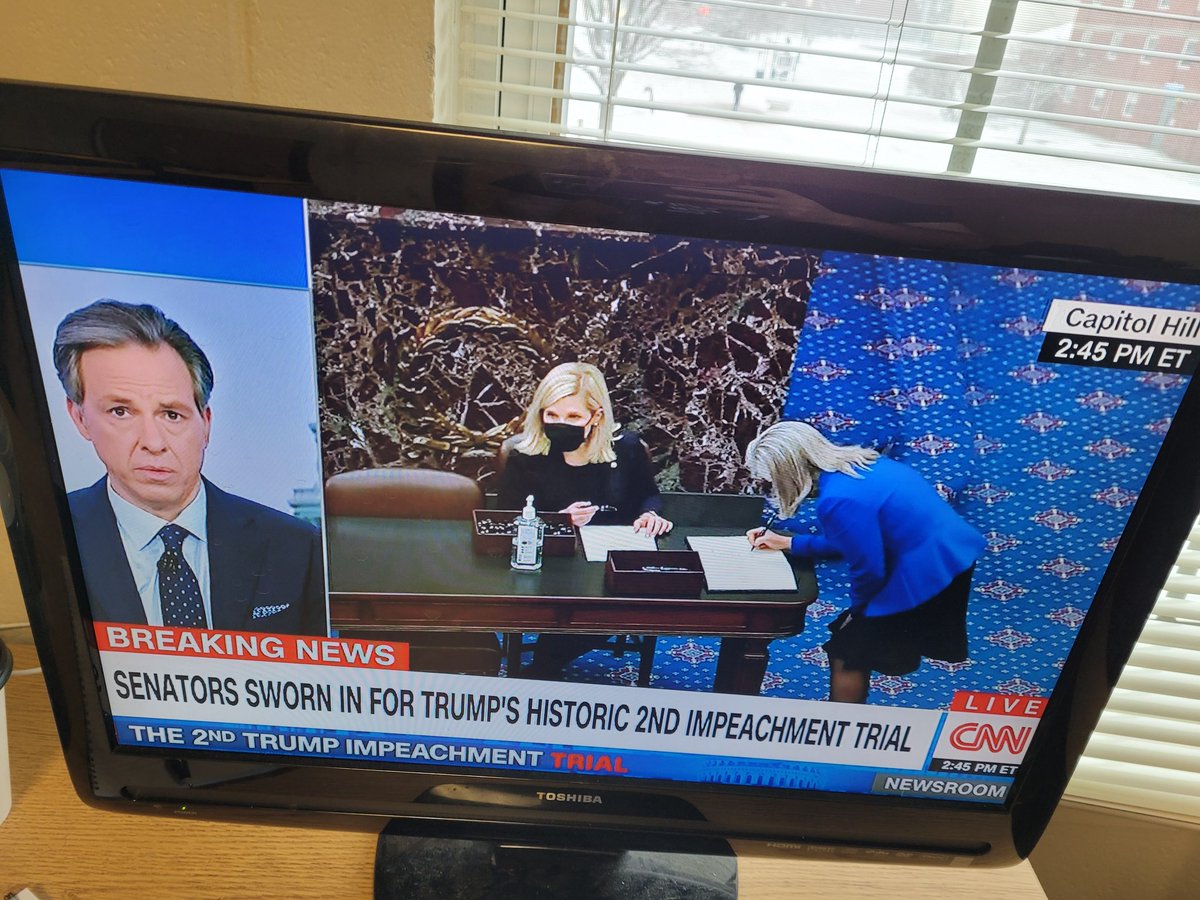 Members of the @USSenate walk up one by one to sign the #OathBook as jurors in the #SenateImpeachmentTrial Make no mistake, NOW is finally the opportunity to rid #America of #Trump once and for all! Time to #ConvictAndDisqualifyTrump #ImpeachmentDay #FBR #FBRParty #Resist

How is it that @HawleyMO @LindseyGrahamSC sworn in the impeachment process, when graham is helping find lawyers for Trump and Hawkeye is feeding the lies to fraudulent election.?!?? They have mind set!! #ImpeachmentDay #impeachment

Nikki Haley says “give trump a break” (and not have a trial)
What would you like to say to Nikki??
I would like to say “F off Nikki Haley” 😏
#NikkiHaley #ImpeachmentDay #ImpeachTrumpNow #TrumpInsurrection #TrumpSeriesFinale #RepublicansDontCare #trial #tuesdayvibe

I want the job of handing out the pens. #ImpeachmentDay 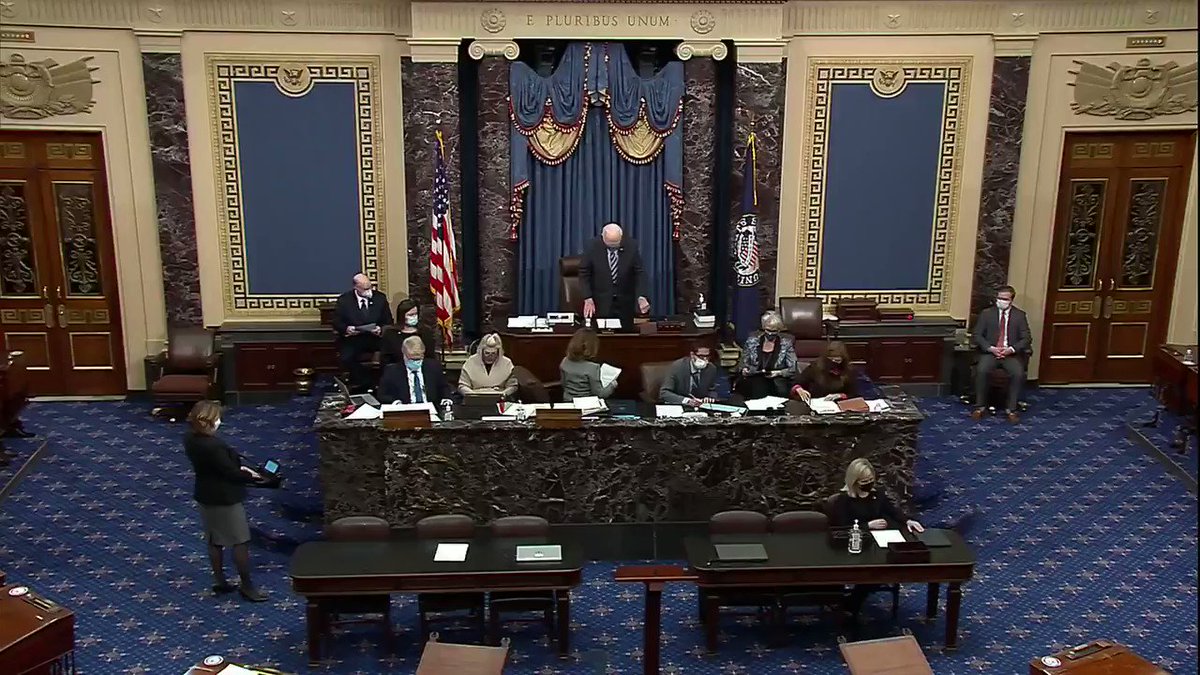 JUST IN: U.S. Senators sworn in for impeachment trial against former President Trump. 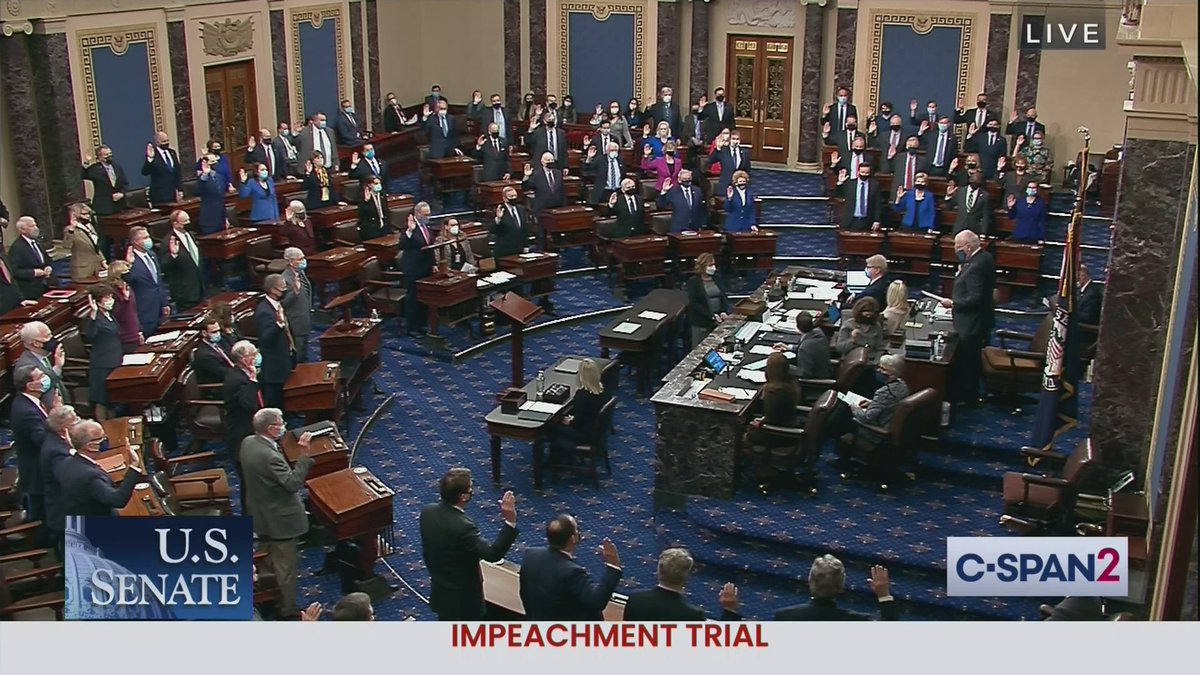 U.S. Senators are sworn in as jurors in Impeachment Trial of Former President Trump 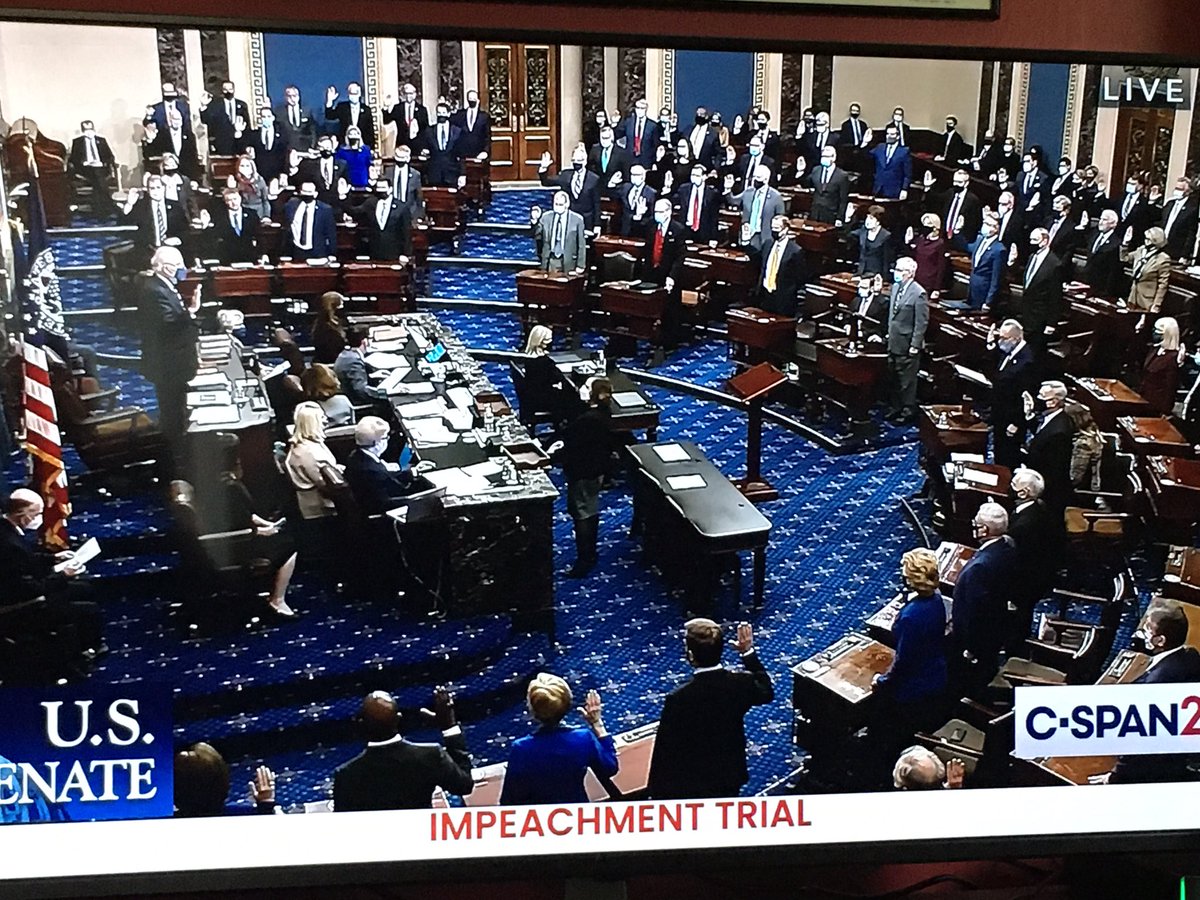 One of those very rare pictures of all Senators standing to be sworn in. You might not see that again in your lifetime #ImpeachmentDay

To better organize our efforts—with so many people dying, suffering, in despair who need help NOW, We’ll be dedicated a separate section of the website to #AccountabilityBeforeUnity #SeditionHasConsequences #ImpeachmentDay #TrumpInsurrection #DomesticTerrorism and #GOPSedition 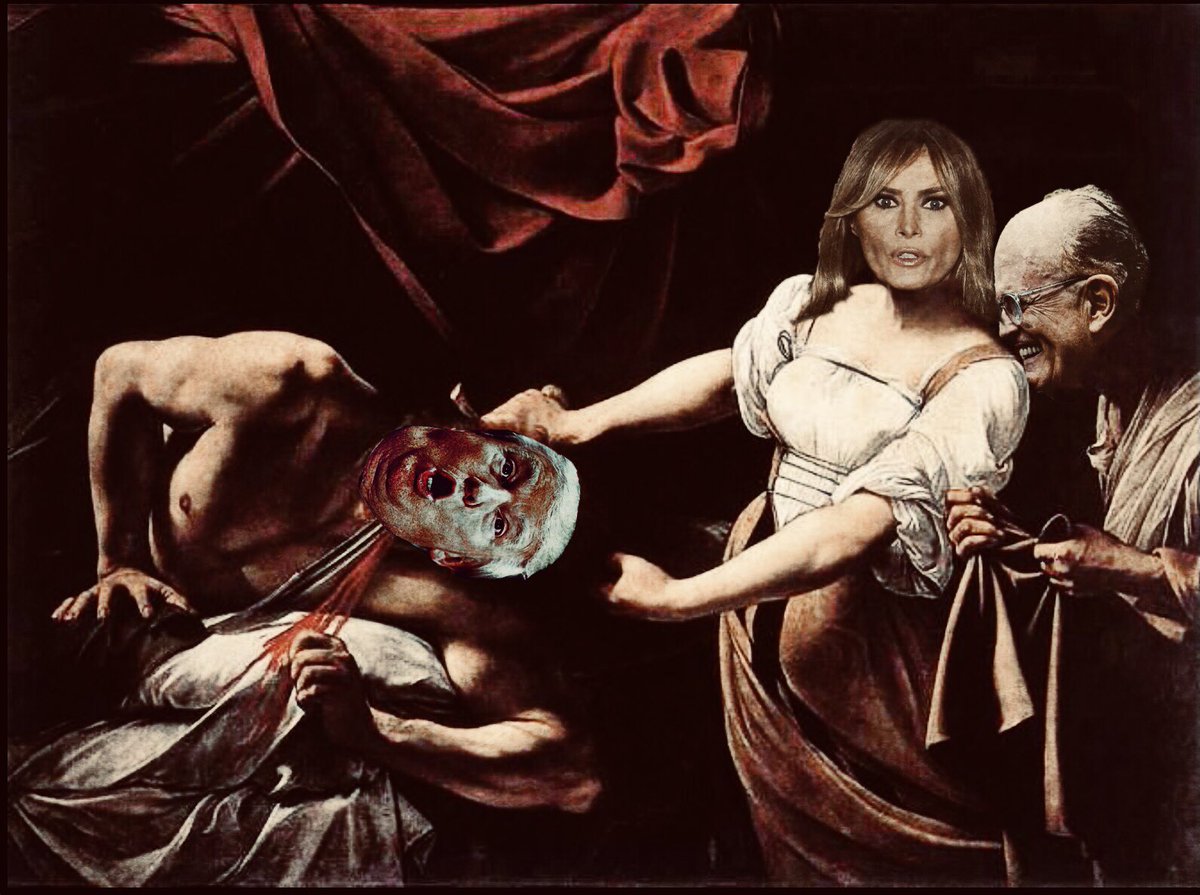 Breaking WaPo: The commander of the D.C. National Guard said the Pentagon restricted his authority ahead of the riot at the U.S. Capitol, requiring higher level sign-off to respond that cost time as the events that day spiraled out of control. 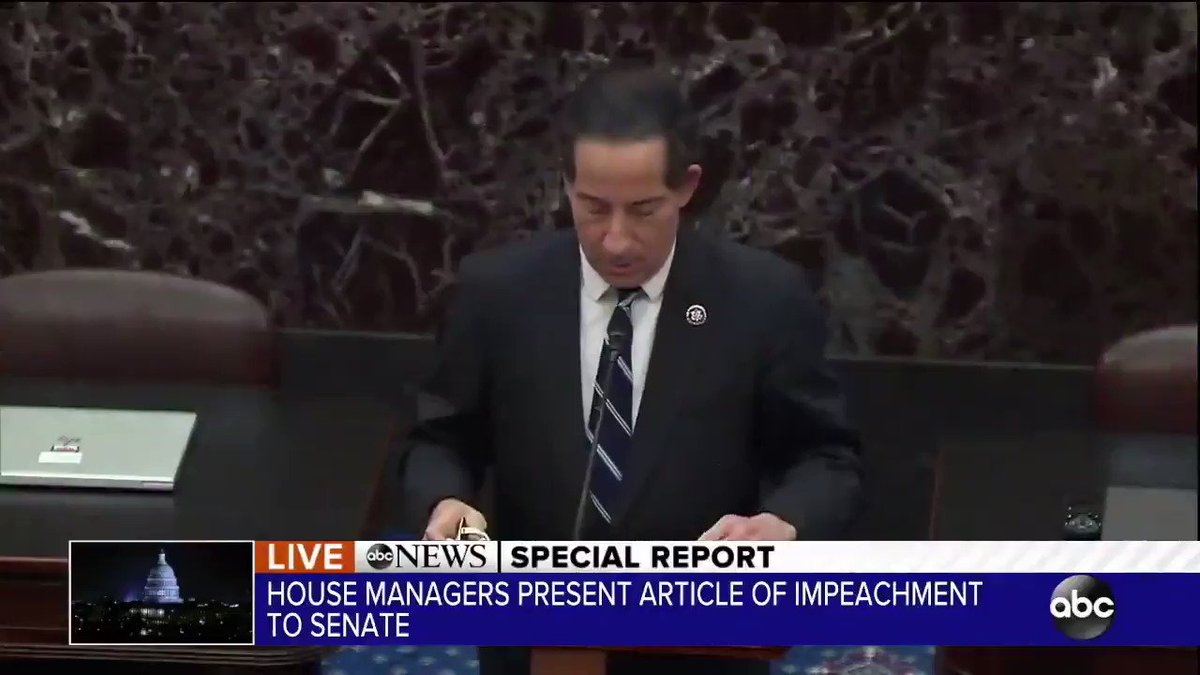 Watch @RepRaskin read the entire six minute, 42 second long Article of Impeachment against Donald John Trump in the well of the Senate on live national television as the lead impeachment manager.