Check on your packer friends, we are NOT well! #gopackgo

This faka went from a Pats fan, to a Steelers fan to a Bucs fan within a span of one year lmaooooo #GoPackGo

This one will hurt for a while.🥺😔💔 #GoPackGo

It’s funny how every year, we get the worst matchups in the playoffs, against the only teams who can beat us, never do we get favorable matchups, it’s always against the teams who handled us earlier in the year. Niners back in the day, ‘15 with seattle ‘16 with AZ etc. #GoPackGo

@Dobe_46 @GroundOtter @BleacherReport As a lifelong Packers fan it sucks to see Mike McCarthy suffer down in Dallas, I would love for him to come back to Green Bay and lead this team in the right direction, A REBUILD! We need to trade Rodgers Jones and Adams to Chicago immediately and fire LeFleur for Mike. #GoPackGo 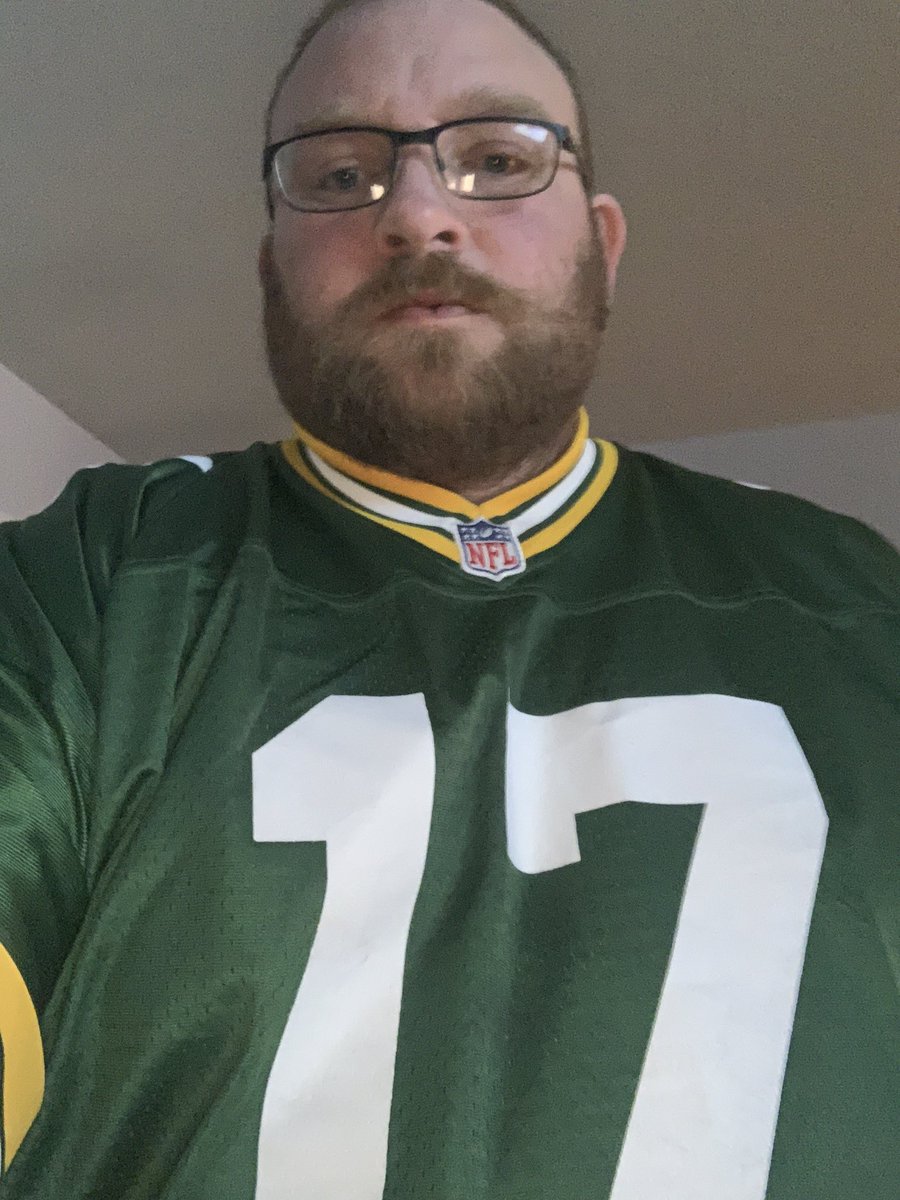 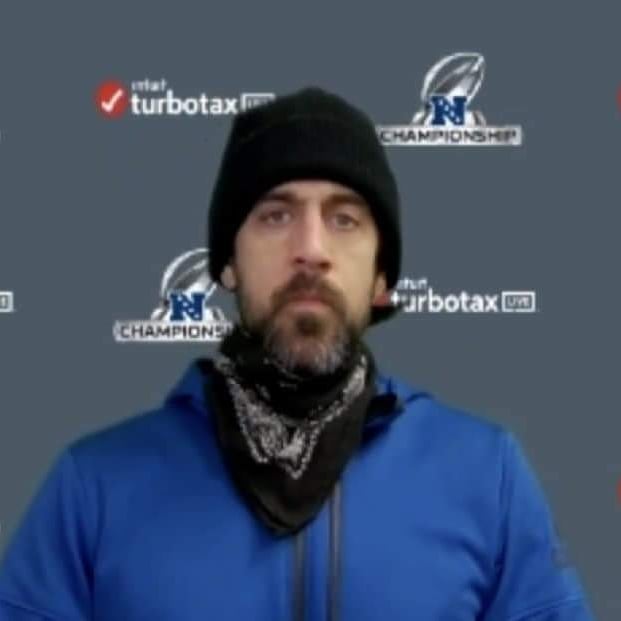 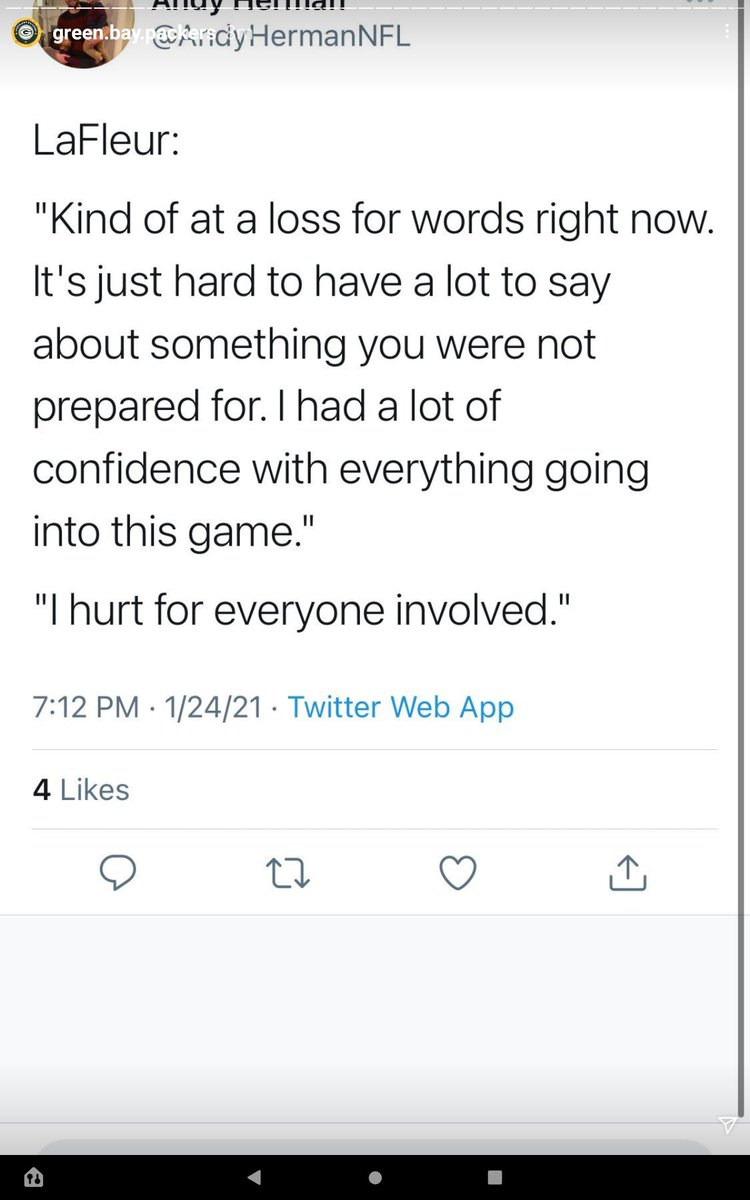 As a fan you can spin it all you want. But , if your packer fan you have to wonder how many chances do we have left to win the super bowl ? Teams are going to get better in the NFC #gopackgo I’m heartbroken 💔

@JaireAlexander was an unstoppable issue for the opposing teams all year. Lock down. So happy he had two picks on Brady. #GoPackGo 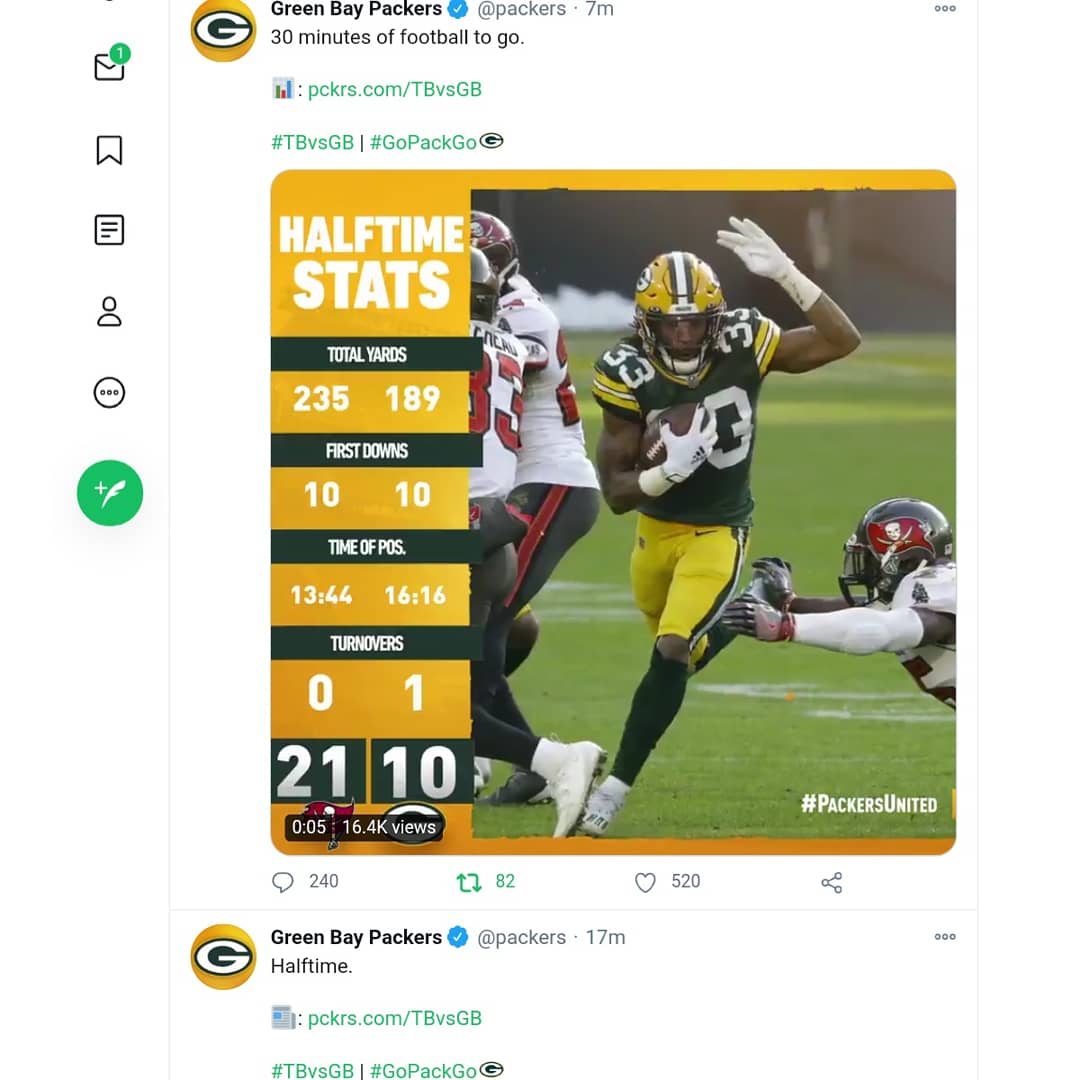 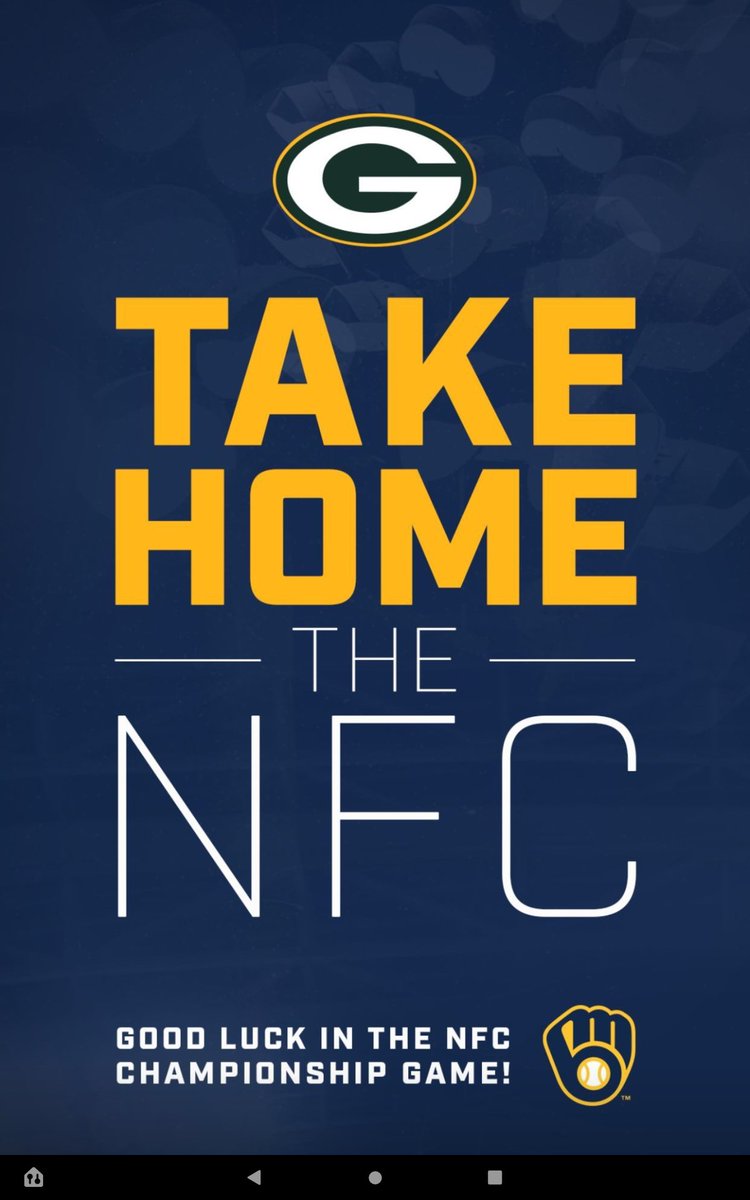 Just a reminder that Rodgers is going to win the MVP this year. We witnessed history all year. #GoPackGo 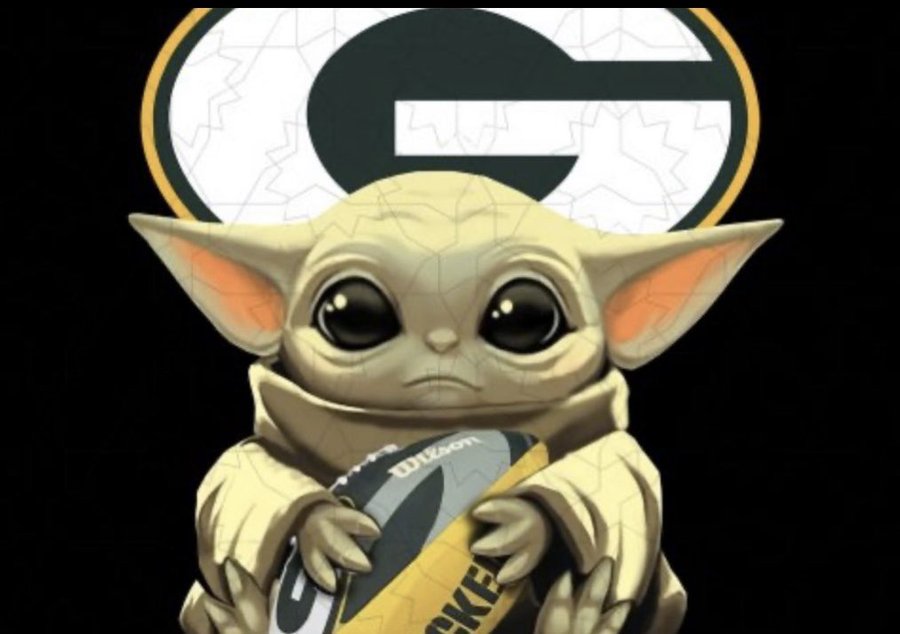 @SykesCharlie @AndrewFeinberg @HawleyMO @tedcruz @SenRonJohnson This game was stolen. No way the Bucs scored 32 points with less time of possession. This must be statistically inconceivable. Also their QB is so old and sleepy. The refs were paid off by Big Tech. #GoPackGo see you in the Super Bowl. 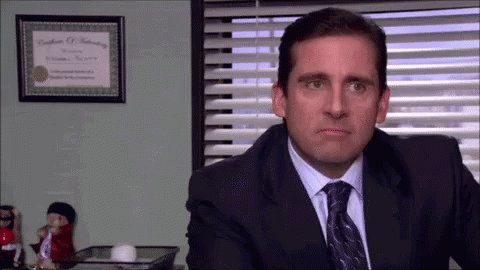 That was a painful, heart wrenching game to watch. Multiple missed opportunities to score. Bad coaching decisions down the stretch. I feel bad for our guys, especially Aaron, because this was the hest shot we've had to win a Lombardi in 10 years #GoPackGo

Now that the off-season is here, the #Packers have some tough decisions to make. Do you keep Linsley and for how much? But the biggest decision is who do you keep at RB @jswaggdaddy or @Showtyme_33? I hate to see either of them go, but I don’t think they can afford both #GoPackGo

Fuck, I'm literally about to cry myself to sleep :( #GoPackgo

so this weekend we had Connor lose at #UFC257  then #GoPackGo  Packers lose ( at Lambeau field in Jan) which is unheard-of #NFCChampionship then to top it all off #ALLCAPS  @Capitals go 1–1 to Sabers
ugh 🤦🏻‍♂️ this sucks..

that was a tough loss. I’m heartbroken 💔 but gosh darn am I thankful for all great moments @packers had. Hell of a year. Watching AR12 was a huge joy. He is the MVP. Watching this GB team have so much fun together gave me so much happiness. Always and forever #GoPackGo 💚💛 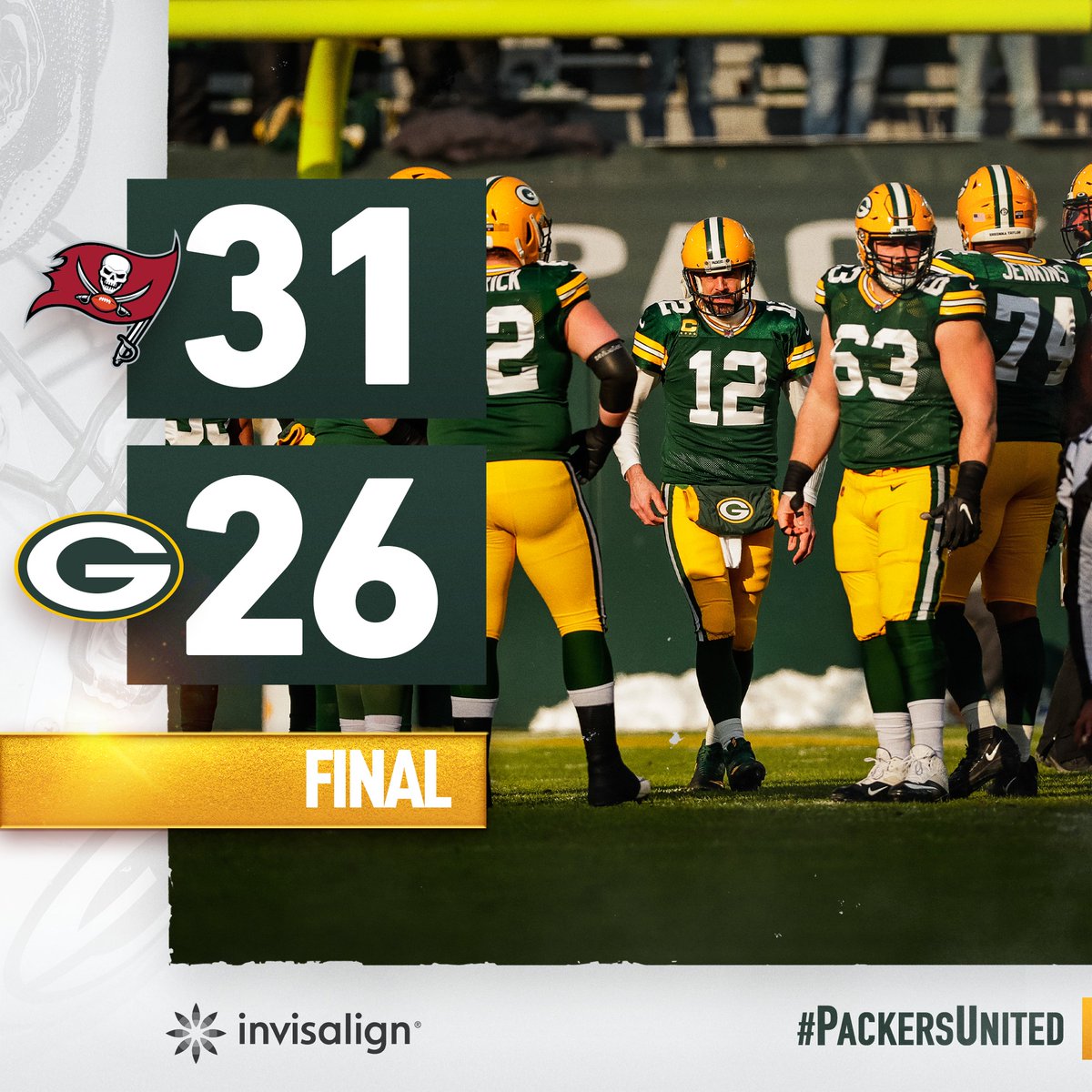