Not surprised. They've been hiding in plain sight.
🤦🏾‍♀️

Hope folks will consider the danger these #extremist groups pose to ALL of us.

Trump started his presidency with his travel ban — insisting on “extreme vetting” of people coming to the U.S. from Muslim countries.

His presidency ends with the FBI conducting “extreme vetting” to make sure the U.S. National Guard doesn’t include his lunatic followers.

@Liberty21387536 @execpresencepro @KHannisse @VirtueSignalle6 “So it seems the basic ideological tenants are of completely secondary importance to Fascist movements. #Fascism could then easily be adapted to use #Diversity and #Inclusion as the predominant doctrines. In theory.”..

@execpresencepro @Liberty21387536 @KHannisse @VirtueSignalle6 ummm...No
“So it seems the basic ideological tenants are of completely secondary importance to Fascist movements. #Fascism could then easily be adapted to use #Diversity and #Inclusion as the predominant doctrines. In theory.”..

Even though my #Australian date didn't show up tonight and #cloaked, I love #Australia and its women.

We are all in this together.

We will put down this #fascism.

Get ready @Tavernacle for "Down Under."

@RinainDC Interesting interview on @BBCWorld. I'm afraid the #Republican party has been so thoroughly tainted by its embrace of #Fascism that you and your fellow @ProjectLincoln organizers really need to start your own party.

Burn @GOP down; give it to Trump, Jr.

@RepClayHiggins If you have a problem canceling #racism #Fascism #Nazism you do not belong in Congress.
You cancelled @Kaepernick7 because he kneeled in protest to Police murdering black people. So kindly STFU, grow up and stop being a freakin HYPOCRITE.

Our government is a failure.

The biggest fear of our government elite is all of us realizing we have a common enemy. They want us divided. Remember that. #Fascism

@AngelaNWalker Give me a single reasonable competent justification why anyone should be for #Fascism.

Congratulations, you are #Antifa.

@WayneDupreeShow This is what happens when Americans try to stop a dictatorial takeover by “our” government. What did they expect from patriots? We want out duly elected president but we end up with a fabricated election and an authoritarian regime takeover. #reich #saveamerica 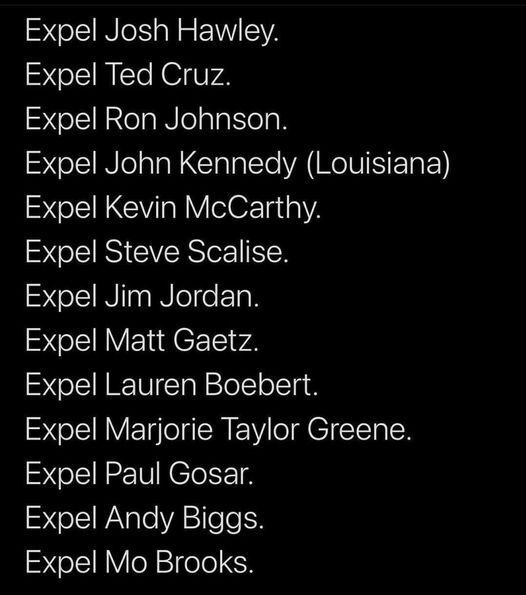 If Trump isn't exposed by the media as a weakling, our country could die. Toxic masculinity is killing us, and he's its main proponent in today's America...

@BanishedBernie The #FASCISM is now full steam ahead with #CENSORSHIP and Militarized DC (North Korea?)

#FreedomOfSpeech is more than a right. It is an American value. Unfortunately, corporatists are taking us down the path to #Fascism with their repeated calls for censorship. Who gets to define extremist speech?

The world has never seen gaslighting like we’re seeing right now. Remember, gaslighting is the pathology of an abuser. These are abusers.

#Capitalism Is #Fascism without the power. 😯 Thoughts after seeing a #tictok .🤔

@senrobportman Don’t be afraid to use words they tell us are “too strong” & “too divisive.”

Rob Portman is a fascist.

The Left look at the Capital building Terrorist attack and say "we told you so..." the Right look at it and say "Next time we'll do it for real..." The next Trump is already planning it... #COUPATTEMPT #Fascism #MAGA

#Censorship = #Fascism. Anyone cheering it on, particularly from capitalist tech billionaires who have a clear agenda to suppress truth that challenges power, is dead wrong. #BigTech

Biden will appeal for unity as US braces for violence by Trump supporters Calls for unity will not end #WhiteSupremacy nor #fascism. Passing legislation for #GND #M4A #UBI #strikedebt #freecollege #endendlesswar #taxtherich is the solution. 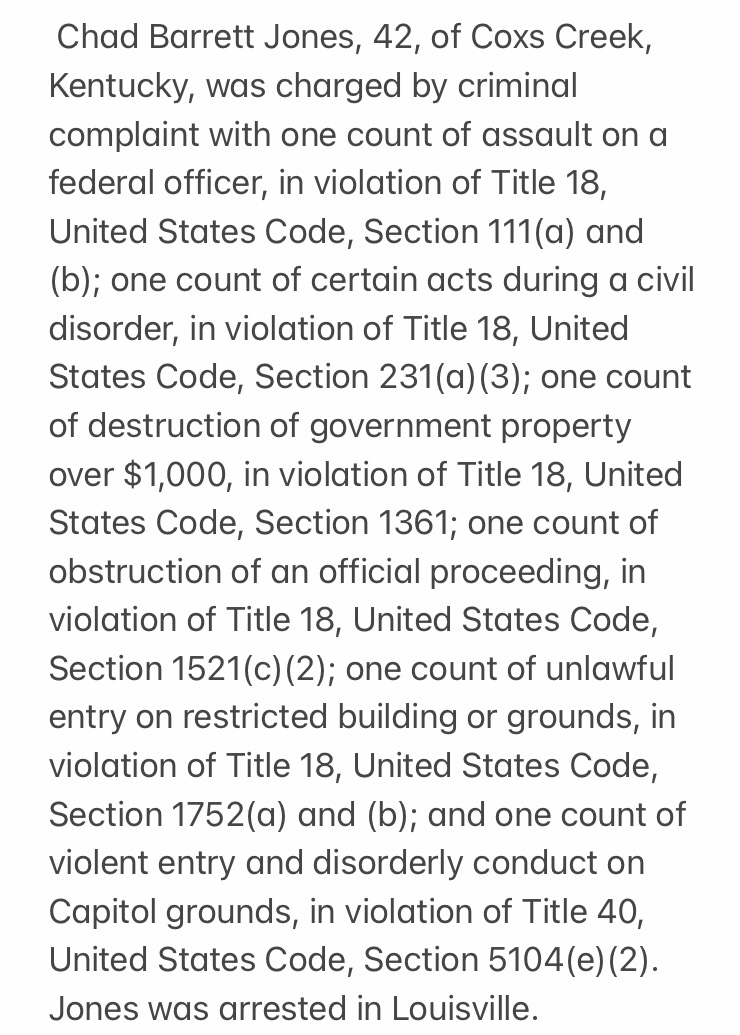 Respectfully, you are wrong @ellymelly

The was against #Fascism
Not #socialism
And the Korean War?
Was against #Communists

Neolibs/Cons of #DeepState will now fight outgoing rogue #fascism with their own version. This is a US Establishment war & a reminder to people (Left & Right) that you don't mess with US Oligarchs & their system of wealth gaps ar home, wars abroad and oligarch approved presidents

I stand with Alexei Navalny. He is a hero. The world must stand up to the Russian socio-fascists and defend him. #AlexeiNavalny #putinsucks #Fascism 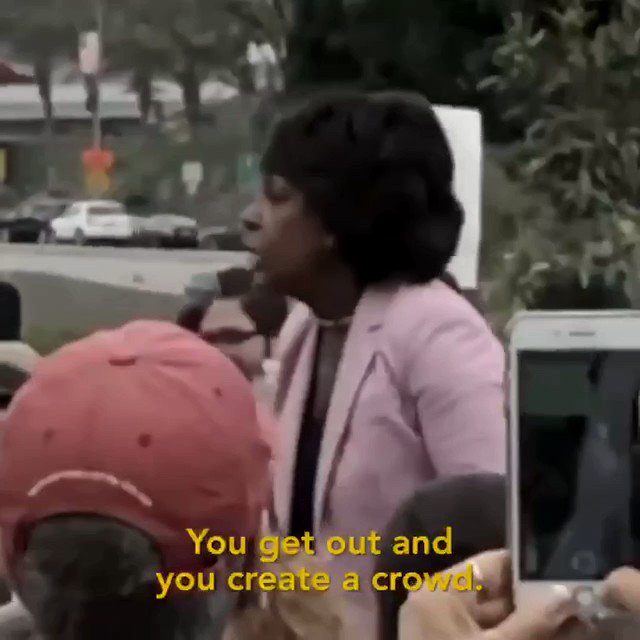 @WhiteHouse @HouseGOP @HouseDemocrats @SenateGOP @SenateDems
Why is there so much chaos in America? Well maybe if you started acting like leaders instead of schoolyard bully's we would have peace!
#Hypocrites #CancelCulture #culture #Fascism #Communists #EveryoneMatters #free

How long before the U.S. follows suit? 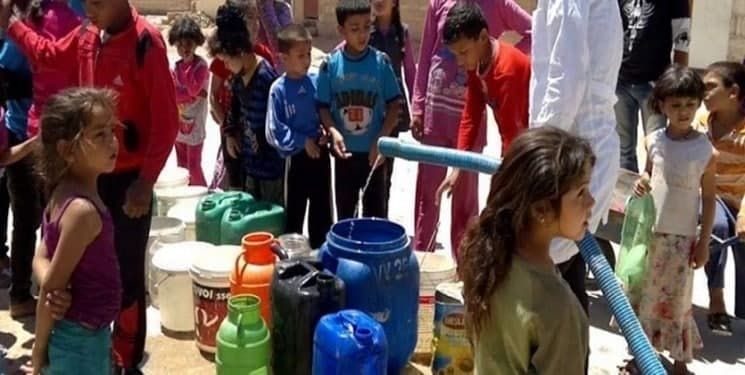 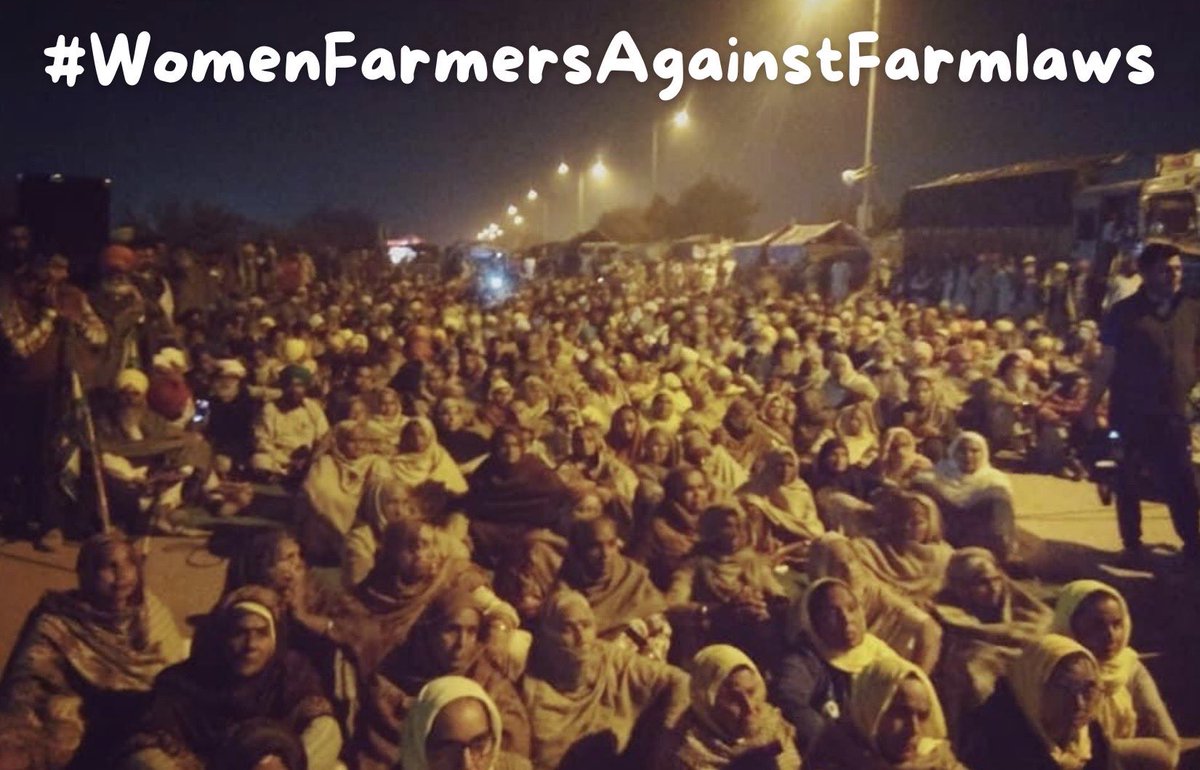 Lets use it, share it & viral it, so that our farmers' voices reach the government and actions are taken further.

Ever think you'd see this in Washington, DC at the Capitol??

.@Twitter @twittersupport should explain to sick Flint residents why IMPORTANT reporting on the govt officials who permanently damaged their health isn't allowed to spread bc Twitter has RECKLESSLY blanketed INVESTIGATIVE REPORTING into the same category as sleazy SUPER PACS ads

This is a chilling attack on speech, particularly as it comes after AOC proposed a governmental “commission” to regulate information.

Good grief. Another person from Kentucky. He was the one who broke the window. Chad Barrett Jones.
FBI arrests KY man caught on video breaking into speaker's lobby during U.S. Capitol riot 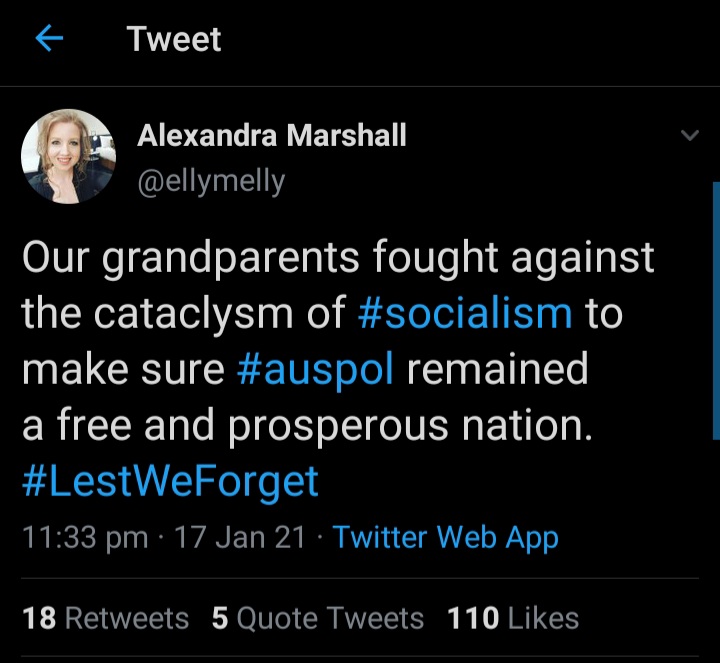 It enrages me that for every damn lie the US far-right creates, there's an Australian ready to repeat and amplify it.

My father went to sea to fight imperialist Japanese forces, not socialism.

The “Cancel Culture”.
It’s good, to know who’s who. You make it easy. We see you. With disdain. With pity. We hear you. Lima Charlie.
You Cancelers, keep it rolling. Declare yourself as sheep.
Sing it. Baaaa...

"If you ever take over the Capitol or any other big place, make sure you bring a shield. You can't get this anywhere except for a cop's hands."